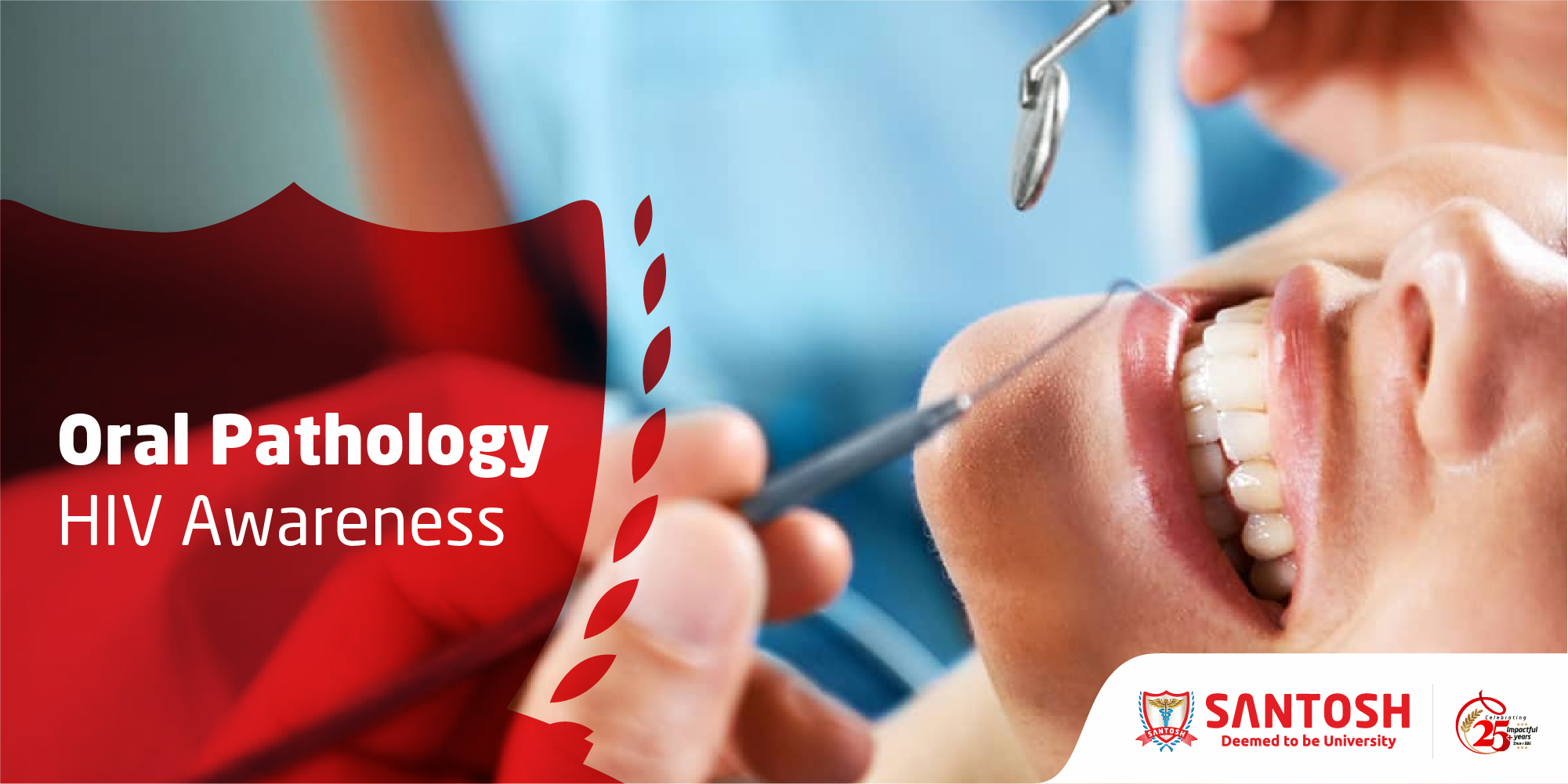 The human immunodeficiency virus is a non-oncogenic human retrovirus that belongs to the lentivirus group type III. Acquired Immunodeficiency Syndrome (AIDS) is a complex of symptoms and infections caused by the HIV virus as it impacts the immune system. Oral lesions have been reported to be early clinical features of HIV infection.

This blog outlines the oral manifestations in the HIV patients because Dentists are possibly be the first health care provider to recognize and diagnose such lesionsaccurately.

This is the most common malignancy encountered in HIV/AIDS patients. Kaposi's sarcoma-associated herpes virus (KSHV)/Human Herpes Virus-8 (HHV-8) is the causative agent of the endothelial cell-derived tumour Kaposi's sarcoma.

The lesions are characterized by red‐ dish, bluish or purple, single or multiple macules or nodules. These are seen on the palate or gingivae and may ulcerate; gingival involvement may lead to underlying bone destruction and tooth mobility. It is considered pathognomonic of HIV infections. 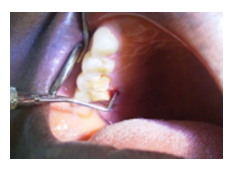 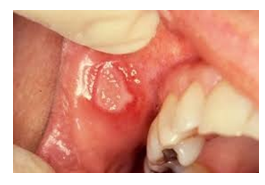 Around 50% of AIDS patients present with oral ulcerations during the course of their disease. Recurrent aphthous ulcers (RAU) can be classified as Minor aphthous Ulcers (MiAU) and Major Aphthous ulcers (MjAU).

MiAU: Occur in non- keratinized mucosa and their frequency in AIDS patients is not any different from that in the general population. These ulcers are shallow in appearance, about 2-5mm in diameter, are generally covered with a whitish pseudomembrane and surrounded by an erythematous halo.

MjAU: Are generally seen in AIDS patients with severe immunodepression. These larger ulcers develop generally on the lateral border of the tongue, soft palate, floor of the mouth, buccal mucosa and oropharynx (occurring on both keratinized and non-keratinized surfaces). They are crater-like in appearance with elevated borders and covered with a white-yellowish measuring over 1cm in diameter. 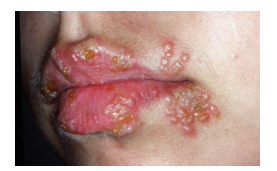 Herpes zoster may indicate a poor prognosis of HIV infection. This can be an early complication of AIDS, where it is five times more common than HIV-negative Infection persons, and potentially lethal. Varicella-zoster may present with a prodrome of dental pain, preceding oral and unilateral vesicles on an erythematous base then appear in clusters, chiefly along the course of the nerve, giving the characteristic clinical picture of single dermatome involvement. 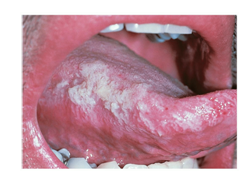 This lesion usually presents as asymptomatic, white, vertical, corrugated, hair-like projections on the lateral borders of the tongue (bilaterally or unilaterally). It can spread to the dorsum of the tongue and on the ventral aspect to the floor of the mouth and occasionally on the adjacent buccal mucosa, when seen in these areas it is smooth and velvety not hair-like. Unlike candidiasis the lesion cannot be wiped off the mucosal surface. 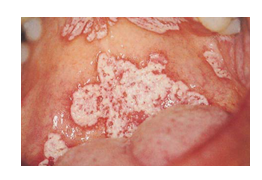 Oral candidiasis is the most common intraoral opportunistic fungal infection strongly associated with HIV infection. It has been reported that oral/oesophageal candidiasis, in HIV infected patients. The four clinical patterns seen are:

Pseudomembranous Candidiasis- This clinically appears as white to yellowish white plaques which can be easily scraped off, exposing red areas.

Erythematous Candidiasis- This is clinically seen as red lesions, which are commonly located on the dorsum of the tongue, palate, and buccal mucosa.

Hyperplastic Candidiasis - These lesions are characterized by white plaques which cannot be removed by scraping. Diagnosis can be confirmed by biopsy, which demonstrates the fungal hyphae in the keratinized layers of the epithelium

Angular Cheilitis - Erythema and/or fissuring and/or scaling of the angles of the mouth clinically characterize this lesion.

It is important to note that the clinical problem of HIV infection poses one of the greatest challenges to Health Care Workers all over the world. These lesions are indicators of immune suppression and can be used for early testing, diagnosis and management of patients with HIV/AIDS.