VACCINES IN INDIA- Comparison of COVAXIN and Covishield

Govt of India has prepared an elaborate plan to roll out the vaccines. A multi level approach and mechanisms have been established, divided into National, state, district and block levels.

India has approved two vaccines — Covishield and Covaxin — for emergency use to fight Covid-19 pandemic in the country Covishield is the same vaccine that is being used in other countries including the UK. India's approval for Covaxin is conditional as it is still "in the clinical trial mode". Here is a comparison between the two Covid-19 vaccines approved in India:

Covishield has been developed by the Oxford University scientists in collaboration with the pharmaceutical company AstraZeneca. In India, its trial was undertaken by the Serum Institute of India (SII), which is also manufacturing the Covishield vaccine for the mass vaccination drive.Covaxin has been developed by the indigenous vaccine developer Bharat Biotech in collaboration with the Indian Council for Medical Research (ICMR). Its trial is in the final stage. The ICMR director general Dr Balram Bhargava said the full trial will be over in a week and by the time mass vaccination begins, the final set of data will be available.

Covishield vaccine has been developed by using the virus — adenovirus — that causes common cold infections among chimpanzees.(Recombinant, replication-deficient chimpanzee adenovirus vector encoding the SARS-CoV-2 Spike (S) glycoprotein. Produced in genetically modified human embryonic kidney (HEK) 293 cell).Covaxin vaccine has been developed using dead coronavirus — called "inactivated" vaccine in medical language. Under inactivated state, the virus is not capable of infecting people or replicating on its own inside the body of a person after being injected.

Both Covishield and Covaxin are two-dose Covid-19 vaccines

In the case of Covaxin, the interval between the two shots has not been yet prescribed by the Drug Controller General of India (DGCI) but its developer Bharat Biotech had earlier said the second shot would be given after 14 days.

Both Covishield and Covaxin vaccines are easy to store as they require to be kept at 2-8 degree Celsius.

DCGI has approved for its restricted use in emergency situation

Every eligible person for COVID-19 vaccination needs to be registered in the Co-WIN application and a systemic line listing mechanism has been created for different priority groups: 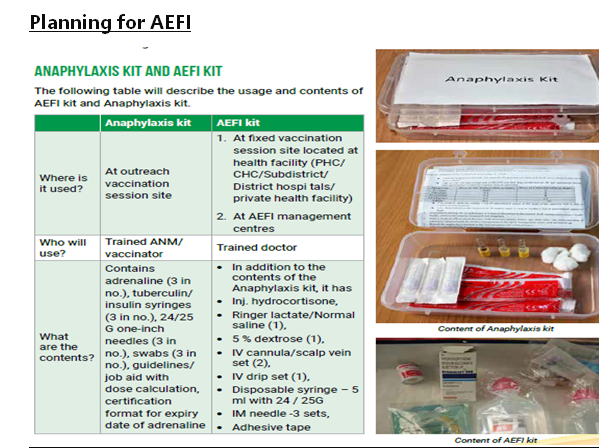