A STUDY ON LIP PRINT PATTERN, ABO BLOOD GROUP AND THEIR CORRELATION 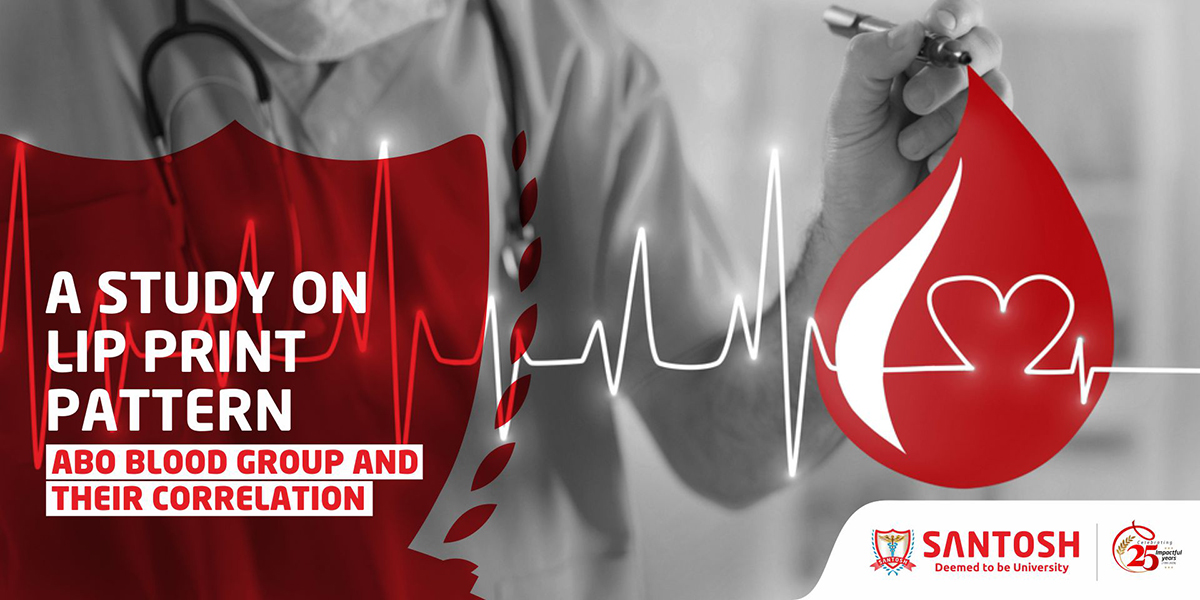 Lip print pattern and blood group of the blood sample taken from the scene of crime constitute very important supplementary aids in crime detection. The study of lip print pattern ( Chieloscopy) is based on the arrangement of ridges and grooves on the vermi llion zones of lips.

These findings are of great importance in personal identification and juris prudence. There are also evidences of correlations between lip print pattern and ABO, RH blood groups, being governe d by genes.

The present study was undertaken by myself  to establish the prevalence of lip print pattern & Blood groups in male and female subjects separately & as combined group of a particular area, and to find any correlation between lip prints and blood grou ps of the said subjects.

SETTING & DESIGNS: The study was carried out on the local residents of Pratap V ihar, Vijay Nagar, Ghaziabad ( Western UP belt).

MATERIAL & METHODS: Our study consisted of 100 female and 100 male subjects, between the age group of 20 to 30 years from whom proper written consent was taken and aims along with clinical applications of the study were explained thoroughly. 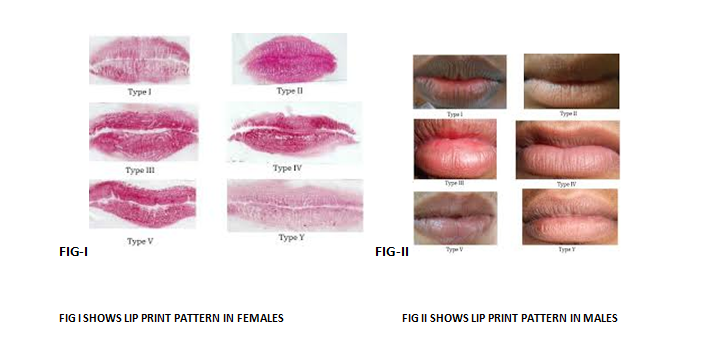