AN INSIGHT TO THE SCIENCE OF ANTHROPOLOGY 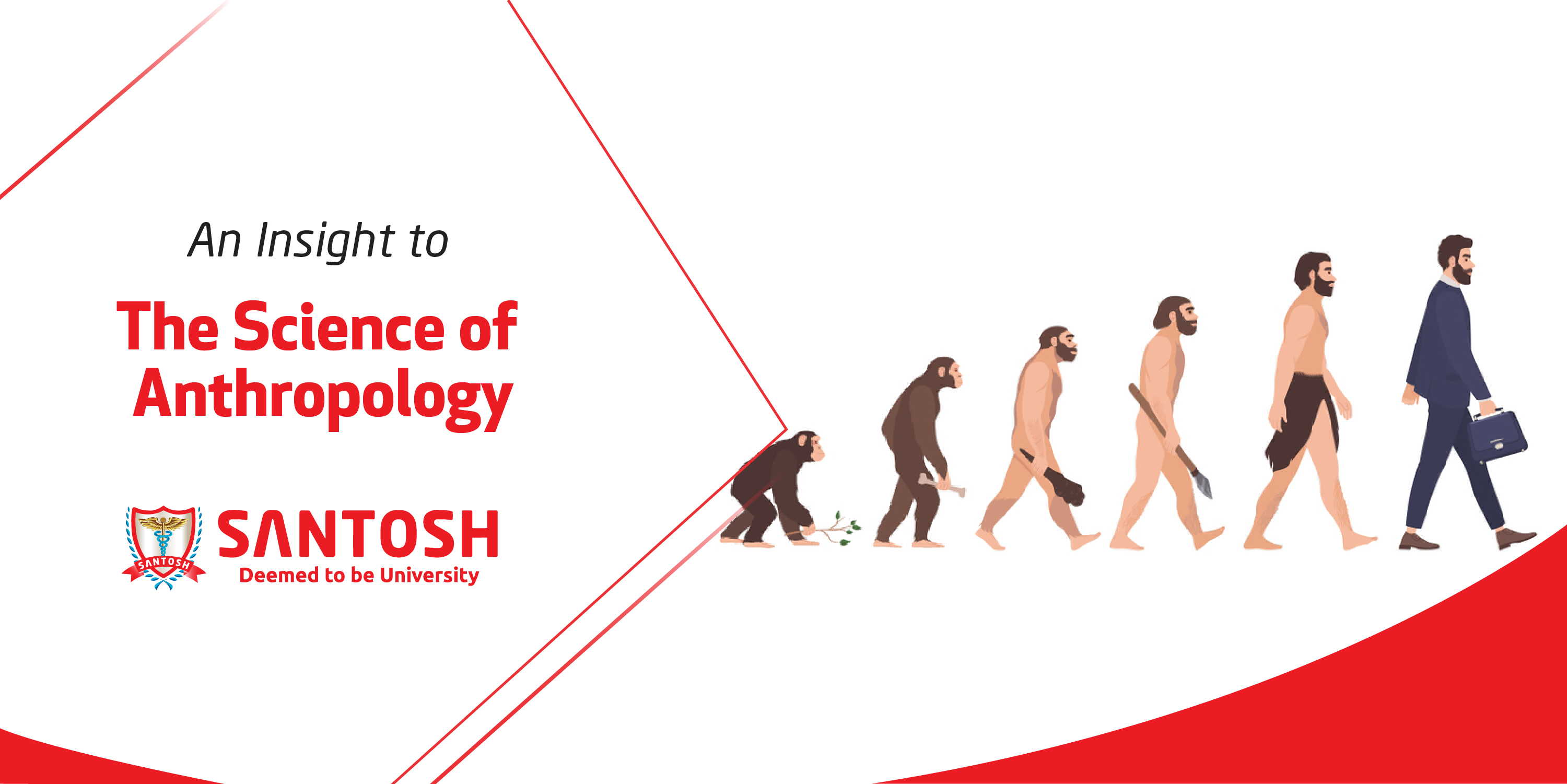 Anthropology: It is the scientific study of humanity, concerned with human behavior, human biology, and societies, in both the present and past,including past human species.

It is the study of people with a focus on understanding the human condition both culturally and biologically of  past and present times. Anthropology is concerned with determining what humans are, how they evolved, and how they differ from one another. The study of anthropology is often divided into various subdisciplines:

Archaeology is the study of earlier cultures and past human lifeways through the scientific recovery, analysis, and interpretation of the material remains of past societies. The science of archaeology is a multidisciplinary approach to the study of human behavior as evidenced by cultural remains.

Physical Anthropology:It is a branch of Anthropology which attempts to explore human mystery related to their origin, differentiation, diversities and distributions. With the advancement of genetical sciences, it becomes more and more biology oriented, and by virtue of it, its area of study got considerable extension.

Linguistic anthropology is that branch of anthropology  which deals with language . It is concerned with the languages of all people, past and present as it is the chief vehicle through which man preserves and transmits his culture from generation to generation.Linguistic anthropology examines language structure, the use of language in given societies and social contexts, and the historical relationships of languages to one another.It also interested in the relationship between language and cultural cognition as well as cultural behavior.   It focuses on the relevance of language and linguistics to sociocultural description.

THE CLINICAL IMPORTANCE OF FORENSIC ANTHROPOLOGY

Forensic anthropology is a special sub-field of physical anthropology (the study of human remains) that involves applying skeletal analysis and techniques in archaeology to solving criminal cases. When human remains or a suspected burial are found,  forensic anthropologists are called upon to gather information from the bones and their recovery context to determine who died, how they died, and how long ago they died.  Forensic anthropologists specialize in analyzing hard tissues such as bones. With their training in archaeology, they are also knowledgeable about excavating buried remains and meticulously recording the evidence.

A forensic anthropologist can read the evidence in a skeleton like a book. The techniques they use to answer questions in criminal cases can be applied to skeletons of any age, modern or ancient. The stages of growth and development in bones and teeth provide information about whether the remains represent a child or adult. The shape of pelvic bones provides the est evidence for the sex of the person. Abnormal changes in the shape, size and density of bones can indicate disease or trauma. Bones marked by perimortem injuries, such as unhealed fractures, bullet holes, or cuts, can reveal cause of death. The trained anthropologist is also able to identify skeletal clues of ancestry. Even certain activities, diet, and ways of life are reflected in bones and teeth

. The remains may represent victims of violence or natural disasters. anthropologists work other law enforcement agencies to identify the individuals and solve crimes. They also conduct research on historic and prehistoric human remains to learn more about people from the past.

Anthropologists use a variety of techniques to analyze human remains and record their observations. For example, the bones are typically photographed and X-rayed. Some remains may undergo CT scanning or be examined with high-powered microscopes. These techniques provide detailed information about remains without altering them while providing a visual record. DNA analysis may be used to help establish identity. This type of testing is most often used in modern forensic case work, but mitochondrial DNA in bones and teeth can be used to confirm relationships of old remains with deceased or living descendants. Other chemical analyses, such as those involving isotopes, can provide information about the age of bones and a person’s diet.

The data gathered is studied and combined to draw conclusions about the deceased individual. For a modern case, photos of the skull may be superimposed on photos of missing people to look for consistencies between the bone and fleshed form. Even in cases where no photos exist, the face can be reconstructed based on the underlying bone structure and known standards of facial tissue thicknesses.

Comparing found remains to other human skeletons is essential for many analyses. .Many of the skeletons have associated age, sex, ancestry, and cause of death data. Individual remains with known biological information are especially valuable references.  Forensic anthropologists have used these skeletons to develop standards for determining sex, age and ancestry in unknown remains. The bones and teeth are also used as comparative materials in cases where interpretation of certain features is difficult. They are also used to train students who are the next generation of biological anthropologists. Skeletal reference series may also be used to document trends in health and population structures over time.

The study of historic human remains by biological anthropologists has led to discoveries that are changing our view of the past and how we investigate it. Their work  has helped create a better picture of how people lived and died .colonial The sorts of treatments that would be used today (traction and screws), were not options at the time. Available treatments, such as medicine containing arsenic, may have made conditions worse. Chemical testing of this woman's preserved hair show ingestion of this toxin with increasing dosage closer to death. Whether used to better understand modern or historic remains, the tools and techniques of forensic anthropology give the living a window into the lives of the dead.