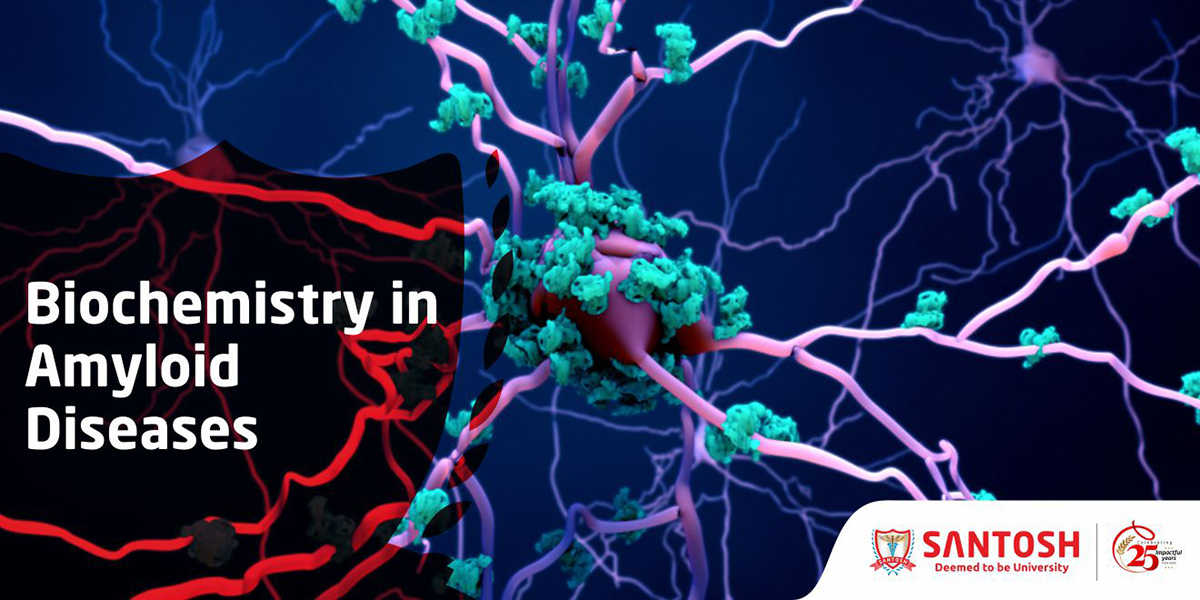 Peptides and proteins have been found to possess an inherent tendency to convert from their native functional states into intractable amyloid aggregates. This phenomenon is associated with a range of increasingly common human disorders, including Alzheimer and Parkinson diseases, type II diabetes, and a number of systemic amyloidoses.

Amyloid fibril micro structure have been studied with the help of techniques like Nuclear Magnetic Resonance(NMR), Circular Dichroism(CD), X-ray fiber diffraction, atomic force and Electron Microscopy(AFM and EM), Fourier Transform Infrared Spectroscopy(FTIR).Amyloid proteins when stained with Congo Red dye produce apple green birefringence under polarizing light microscopy. The kinetics of the formation of amyloid has been studied with the help of biophysical methods like – light scattering, size exclusion chromatography, fluorimetry and ultracentrifugation.

It is clear that amyloid deposition is a consequence of the amyloidoses; what is uncertain is whether it is a causative agent in its pathogenesis or a secondary event. The amyloid cascade hypothesis proposed that altered metabolism of amyloid precursor protein (APP) initiates the pathogenesis of Alzheimer’s disease (AD) leading to aggregation of Aβ and formation of neuritic plaques. These plaques would cause further pathological changes including the formation of neurofibrillary tangles and compromised synaptic connections ultimately resulting in neuronal cell loss and dementia. Biological ligands such as monoclonal antibodies have been raised against amyloid and are more successful at plaque clearance and reduction in soluble Aβ levels in the CNS. However during phase II trials of an Aβ vaccine, 6% of subjects developed an inflammatory response (meningoencephalitis) which halted further clinical development. The search therefore for an effective and safe anti‑amyloid drug continues. In the interim, several questions remain unanswered: (1) which intermediate species are responsible for the toxicity of amyloid; (2) what is its atomic structure and the exact mechanism of toxicity and (3) how can this toxicity be safely reversed.

Amyloid fibrils are extremely stable and resistant to degradation. They have been observed to have immense tensile strength- a property which makes them a potential candidate for forming nanotubular scaffolding for bionano technology in assembling fusion proteins or as a template for binding to metals.