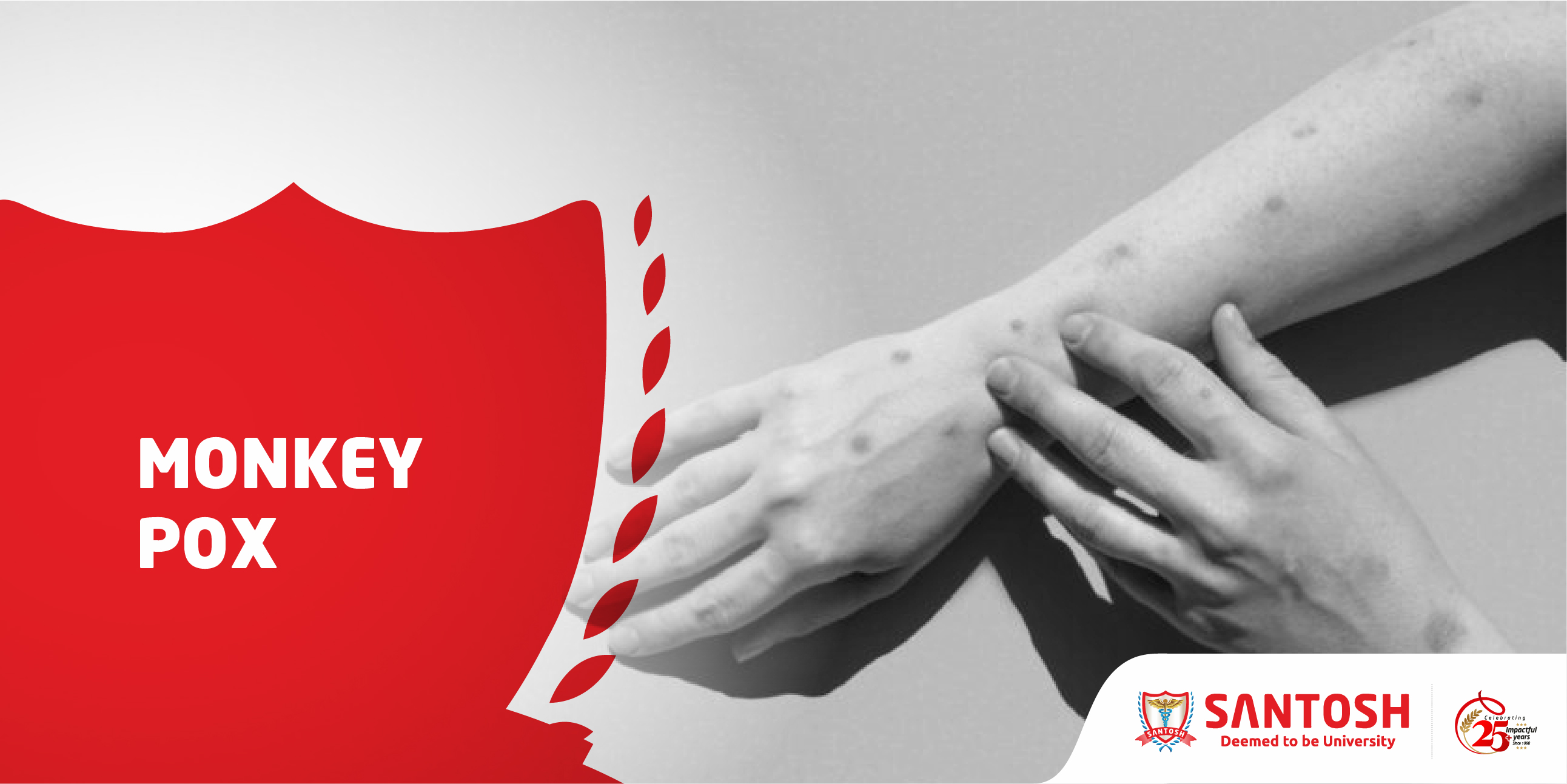 An ongoing outbreak of monkeypox was confirmed in May 2022, beginning with a cluster of cases found in the United Kingdom. The first recognised case was confirmed on 6 May 2022 in an individual with travel links to Nigeria. However, the presence of the viral infection was spreading Europe in the earlier months too as some sources say.

Monkeypox was first discovered in 1958 when two outbreaks of a pox-like disease occurred in colonies of monkeys kept for research, hence the name ‘monkeypox.’ The first human case of monkeypox was recorded in 1970 in the Democratic Republic of the Congo (DRC) during a period of intensified effort to eliminate smallpox. Since then, monkeypox has been reported in people in several other African countries.

It is caused by monkey pox virus, a type of orthopoxvirus. It is a double stranded DNA virus causes disease in both humans and animals. It is similar to smallpox, but with a milder rash and lower mortality rate.

Initially there are no symptoms. The virus is present in the bloodstream at the end of the incubation period (5-21 days). Then comes the febrile stage and other symptoms like lymphadenopathy,headache, chills , sorethroat and fatigue. Small lesions in the mouth (enanthem) start to appear. Then comes the rash stage which can be depicted in pictures as follows:

Once the rash stage is over the recovery phase begins. Thereafter the patient feels well with no symptoms only the scars may remain.

The common signs and symptoms in confirmed cases – West African Clade can be seen in the following graph.

There are no specific treatments available for monkeypox infection as of yet, but monkeypox outbreaks can be controlled. Smallpox vaccine, such as cidofovir, ST-246, and vaccinia immune globulin (VIG) can be used to control a monkeypox outbreak.