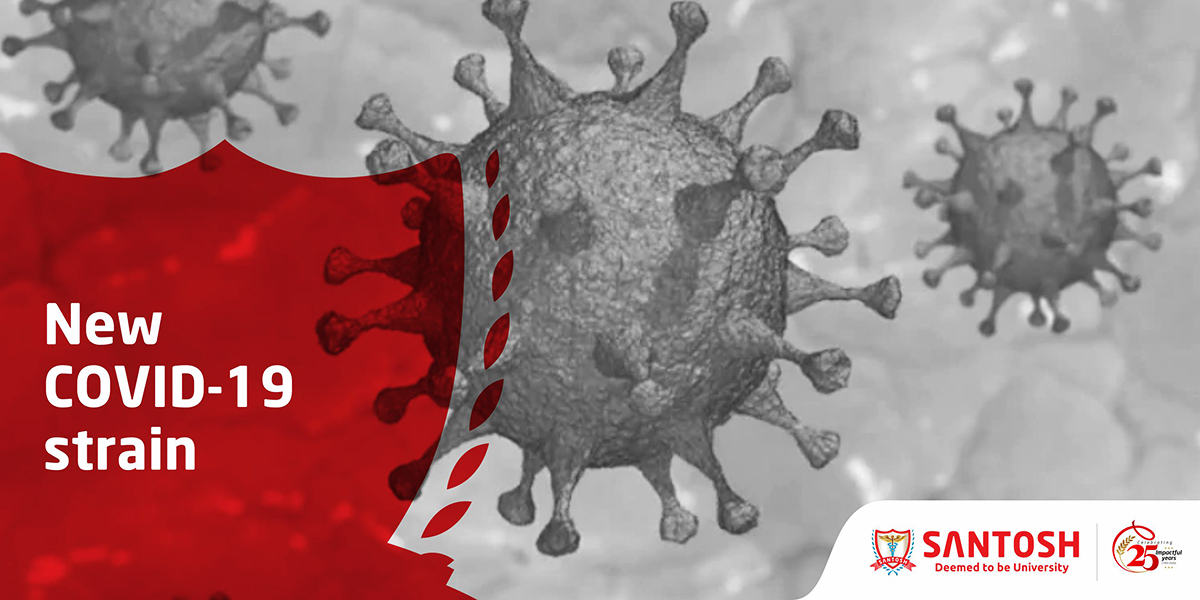 Amid the COVID-19 pandemic, a new variant of the novel coronavirus has been flagged for spreading rapidly across the UK. This blog contains details about the mutant strain of coronavirus.

Why is the new COVID-19 variant causing worry?

Experts from both the United States and the UK indicated that the new strain appeared to infect more easily than the rest of the mutations that the coronavirus has shown through the months. However, there is not yet any evidence if the variant is more deadly. The British government’s chief scientific adviser Patrick Vallance reportedly said that the strain “moves fast and is becoming the dominant variant” causing over 70% of the infections in the country.

The strain is concerning not only because it is rapidly spreading but it reportedly shows mutations that affect part of the virus likely to be important and some of these mutations have already shown the experts that increase the ability of the pathogen to infect the host cells.

How fast is the new strain spreading?

The new strain, which can be the new worry for medical professionals, was reportedly first discovered in September. This was followed by a quarter of cases in London by November and by mid-December, it has reached to two-thirds of cases. UK Prime Minister Boris Johnson had also said that the variant may be up to 70% more transmissible. Except for Northern Ireland, the new COVID-19 strain can be found across UK.

What has WHO said about it?

Even the World Health Organisation (WHO) had said that it is aware of the new variant of COVID-19 but noted that there is still no evidence of the pathogen behaving any differently from the existing types of virus that have rocked the world since the beginning of 2020. Last week, WHO Emergencies Director Dr Mike Ryan had said in a Geneva news conference that authorities are still looking at the significance of the strain discovery and added, “We have seen many variants, this virus evolves and changes over time.

Will the existing COVID-19 vaccines work on variant?

The European Union (EU) experts believe that the existing COVID-19 vaccine candidates against the novel coronavirus are also effective against the new strain that is rapidly spreading across the Uk except Northern Ireland. German Health Minister J that based on the knowledge the authorities have so far about the variant, the new strain “has no impact on the vaccines” because they remain “just as effective”.

Are there any other mutations of coronavirus?

Apart from the most recent mutation discovered in UK, the D614G mutation had emerged in Europe back in February and later became the globally dominant form of the virus. Another reportedly named A222V, had spread across Europe and was connected to people's summer holidays in Spain.

Scientists are still investigating about this new strain until then we should not panic and take all precautionary measures.