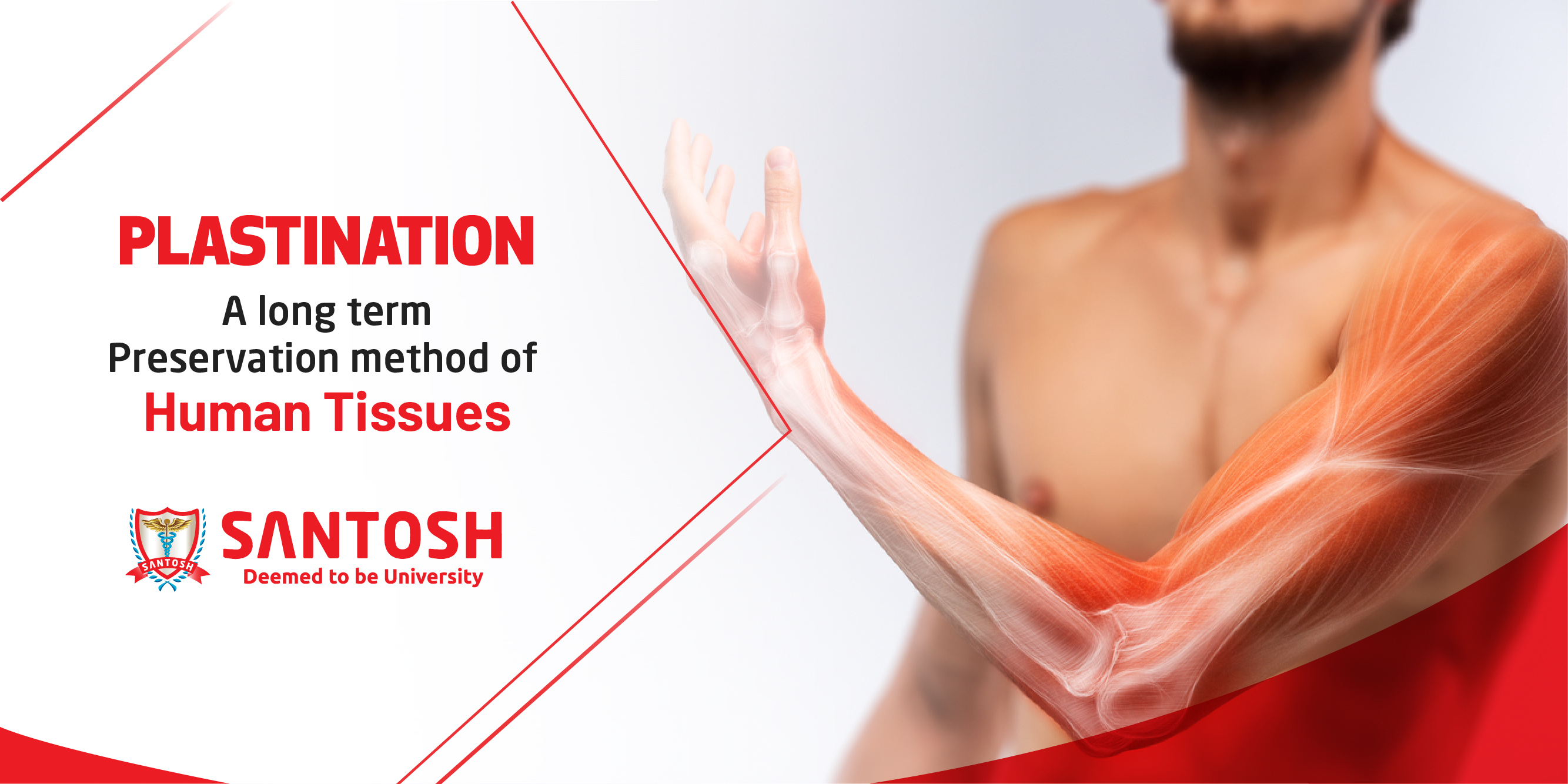 Plastination is a technique or process used in anatomy to preserve bodies or body parts, first developed by Gunther von Hagens in 1977. The water and fat are replaced by certain plastics, yielding specimens that can be touched, do not smell or decay, and even retain most properties of the original sample

In November 1979, Gunther von Hagens applied for a German patent, proposing the idea of preserving animal and vegetable tissues permanently by synthetic resin impregnation. Since then, von Hagens has applied for further US patents regarding work on preserving biological tissues with polymers.

With the success of his patents, von Hagens went on to form the Institute for Plastination in Heidelberg, Germany in 1993. The Institute for Plastination, along with von Hagens, made their first showing of plastinated bodies in Japan in 1995, which drew more than three million visitors. The institute maintains three international centres of plastination, in Germany, Kyrgyzstan, and China.

Four steps are used in the standard process of plastination:

All these steps involve  water and lipid tissues  to be  replaced by curable polymers, which include silicone, epoxy, and polyester-copolymer.

1. Fixation:  The first step of plastination, fixation, frequently uses a formaldehyde-based solution, and serves two functions. Dissecting the specimen to show specific anatomical elements can be time-consuming. Formaldehyde or other preserving solutions help prevent decomposition of the tissues. They may also confer a degree of rigidity. This can be beneficial in maintaining the shape or arrangement of a specimen. A stomach might be inflated or a leg bent at the knee, for example.

2. Dehydration:After any necessary dissections have taken place, the specimen is placed in a bath of acetone (freezing point −95 °C [-139 °F]) at −20° to −30 °C (−4 to −22 °F). The volume of the bath should be 10 times that of the specimen. The acetone is renewed two times over the course of six weeks. The acetone draws out all the water and replaces it inside the cells.

3. Forced impregnation in a vacuum:In the third step, the specimen is then placed in a bath of liquid polymer, such as silicone rubber, polyester, or epoxy resin. By creating a vacuum, the acetone is made to boil at a low temperature. As the acetone vaporizes and leaves the cells, it draws the liquid polymer in behind it, leaving a cell filled with liquid plastic.

4.Hardening: The plastic must then be cured with gas, heat, or ultraviolet light, to harden it.

A specimen can vary from a full human body to a small piece of an animal organ, and they are known as 'plastinates'.Once plastinated, the specimens and bodies are further manipulated and positioned prior to curing (hardening) of the polymer chains

1.Plastination is useful in anatomy, serving as models and teaching tools.

2.It is used at  many medical and dental schools throughout the world as an adjunct to anatomical dissection.

4.Plastination allows students to have hands-on experience in this field, without exposure to chemicals such as formalin. For example, plastinated canine gastrointestinal tracts are used to help in the teaching of endoscopic technique and anatomy.

5.The plastinated specimens retain their dilated conformation by a positive pressure air flow during the curing process, which allows them to be used to teach both endoscopic technique and gastrointestinal anatomy.

6.With the use of plastination as a teaching method of animal science, fewer animals have to be killed for research, as the plastination process allows specimens to be studied for a long time.

7.TTT sheet plastinates for school teaching and lay instruction provide a thorough impression of the complexity of an animal body in just one specimen.